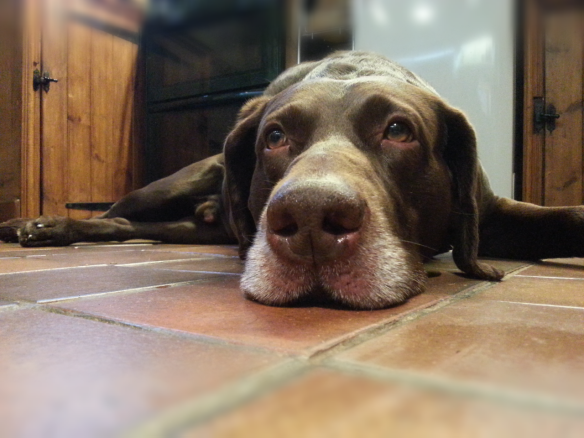 Sunday’s long run (35km) was another painful and disappointing experience. I started well, in a relaxed pace, purposely keeping it a bit slower than previous LRs. I was chugging along nicely till about the 20th km when I felt my hamstrings tighten till, a few kilometres later, they had seized up completely and I had to take a walking break. When I felt the tightening easing, I tried to get back up to an easy jog, but it soon returned, so I had to run-walk the last 9 km, walking in total something like 2-2.5 km of that.

The detail behind this is that for my hydration / electrolyte replacement I was trying out using SaltSticks with water instead of the High5 Zero solubles I am more used to, on the basis that the tangy taste of the latter make them harder to use to wash down sweet energy gels. It is my third outing with Salt Sticks and I don’t think they really work for me… in two of the three occasions I’ve tried them out (inc this last time), they’ve given me stomach cramps and they haven’t really been successful in preventing my muscles cramping, either. This is not me knocking the product by the way, I know everyone who uses them swears by them, but they didn’t seem to do it for me…

I suppose that from a glass half full perspective, this is what training runs are for, to see what works for you and what not and to prepare yourself for the race proper. But they are also meant to improve your fitness, condition your body to running long distances and give you the confidence to know you can run 42.195km on the day. And run-walking from the 26th km isn’t the way to do this! And even this optimistic view of things assumes that what caused my hamstrings to cease up was my choise of electrolyte supplement and not my body not being up to the distance (remember those missed LRs in September? And what do they say about workmen and their tools?)

This coming Sunday I’ve a 2h progression run and the week after that my final 3h long run… So hopefully I will have it all sorted by then, arrange a massage during my tapering period and be all fresh for Athens. But I have to say that am not in a happy place right now, the extreme disappointment and frustration that I felt whenever I had to slow to a walk on Sunday still lingering in the form of doubts… Will I be really ready for the marathon, or will it be another painfest like the latter stages of Rome? And speaking of previous marathons, what’s my record like exactly? My first (Athens 2011) went much better than I could have hoped (even as my harshest critic I was pleased with 3:52:11 for a first marathon on a tough course), but then I sprained an ankle in the opening stages of my second (Lakeland trail marathon 2012) and basically limped around the course; and then was Rome where despite a (relatively small) PB, I came up with a whole host of excuses for walking close to the end. And even for Ashby 20 (miles) earlier in the year I think I blamed not doing as well as I had hoped on the lack of endurance training. There is always an excuse (runners’ excuses are as notorious as fishermen’s tales), but judging purely by outcomes, perhaps I’m not really cut out for these sorts of distances.

Or perhaps it’s just the frustration speaking. Hopefully. At any rate it was never supposed to be easy, so I shouldn’t be disheartened to find out it isn’t. At times like this I think of Chris and his “that’s why only 1% of us ever run a marathon” mantra. In the meantime I’ve got strides after work tonight, intervals on Friday, an easy run on Saturday and a progression past race pace on Sunday. Let’s concentrate on these. And a lot of conditioning and strengthening exercises daily. Oh, and I need to stop whineing!